Are you looking for the entry-level mirrorless camera but struggling to decide between the Sony a6000 vs a6100? Then this article will help you to make the right decision.

In the last couple of years, Sony released several models to the a6xxx line with much better specs and higher price tag. The a6100 is the first to feel like a real replacement for the a6000 as it is similar in size, specs, and price.

First, let’s take a look at the similarities and differences between these two cameras. 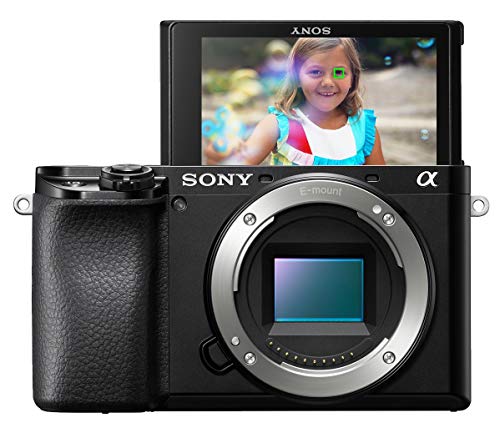 These cameras are almost identical physically.

Both cameras have WiFi and NFC connectivity for communicating with your smartphone. They also each have a USB 2.0 and micro HDMI port.

The a6100 comes with Bluetooth. But with WiFi and NFC available in both cameras, this doesn’t make much of a difference.

The a6000, being 6 years old, has dropped down in price considerably and can now be had for a bargain. This alone makes it a very attractive option, especially for beginners.

The a6100 is as you would imagine more expensive but not by that much. The a6100 is still aimed at beginners, so it has been priced to reflect that, but you will have to fork out a couple of hundred more dollars.

Sony’s autofocus technology is legendary in the camera world, and the newer a6100 benefits from the company’s recent advances.

Related: Sony a6000 Battery Life and How to Charge it

The focus tracking has significantly improved in the a6100, which is perfect for moving subjects. It also has real-time Eye Auto Focus, which now works with both humans and animals as opposed to the A6000’s which only works with people.

The a6100 comes with much-improved video specs.

The a6100 also has a 3.5mm microphone input and an HDMI output so you can rig a microphone and monitor and record straight to camera. The a6000 lacks both of these features.

The A6000 made timelapse a bit of a chore; you had to download and pay for a separate app.

5 years later, Sony has a built-in intervalometer in the A6100 as with most of their newer cameras. The a6100 allows you to preview the time-lapse in-camera as well.

The LCD a6000 tilts out to 90 degrees, whereas the a6100 makes it to 180 degrees. It will come in handy for selfies or vlogging but is not a major issue for regular photographers.

The a6100 also comes with touch screen capabilities, which is excellent for selecting focus areas.

So Should you upgrade?

If you are looking to replace your a6000 with a more capable model, go for something like the higher level a6400 or a6600, which will give you a more substantial upgrade. To go from the a6000 to a6100 would leave you feeling the need to upgrade again soon.

If you are looking for your first camera, I would recommend that you go for the a6100 as the a6000, while still a great camera, is 6 years old and only getting older!

The newer a6100 benefits from 5 years of Sony advances in technology and should take a little longer to become outdated. With the a6000, you will be purchasing an already outdated camera.

It can be enticing to purchase a camera with lenses as a kit bundle. But Sony kit lenses are notoriously poor compared to other manufacturers, so I would recommend purchasing the camera as a body only.

You can then easily find inexpensive and good quality lenses either from Sony or from third party companies such as Tamron, Tokina or Sigma.

If you are switching from another system like Canon or Nikon, then you can save yourself some money and hassle by getting a lens adaptor that will allow you to use your lenses on your new Sony camera.