As a photographer, when you shoot with DSLR for a long time and, at some point, decide to explore the new world of mirrorless cameras, you will have to make a few adjustments to your photography workflow.

The biggest change occurs when you realize that, instead of looking through the lens to compose the shot, you actually look at a tiny computer screen (EVF) that reads the information from the sensor. This is huge! I immediately embraced the change because, with the mirrorless camera’s EVF, I can see what the camera sees without second guessing or questioning. This has made my photography more predictable.

The second biggest change is the size and weight of the mirrorless cameras and Sony travel lenses. They are smaller and lighter. When I switched from Canon to Sony, I changed all my bags and tripods. I can now load all my photo gear, including my tripod, into my carry-on.

It was a positive and welcome change!

Dealing With Battery Life When Switching to Mirrorless

But, at the same time, mirrorless cameras also come with a few negatives, the biggest of which is the poor battery life.

When I bought my first DSLR over 12 years ago, my Canon Digital Rebel had awful battery life. But, with each new generation of DSLRs, the battery life improved. With my last Canon DSLR, the battery life was so good that I could shoot for days without changing or recharging the battery.

With mirrorless cameras, you have to make the necessary adjustments to your photography workflow to deal with the much shorter battery life compared to what you might be accustomed to.

There are two reasons why mirrorless cameras have much shorter battery life. First, the batteries are much smaller compared to DSLR models and, second, the EVF consumes a lot of energy as a miniature computer monitor.

The necessary adjustment to my photography workflow was that I always bring three batteries with me—one in the camera and two spare batteries in my bag. Based on my shooting habits, I never go through more than three batteries during a day.

Thankfully, Amazon comes to the rescue! Amazon has a wide range of options from third party battery manufacturers. But, you still have to be careful because not all batteries are created equal. You have probably heard plenty of horror stories about how low-quality batteries have damaged cameras or only work for a few weeks before they become useless junk.

My advice is not to buy the cheapest model and to always read the feedback and reviews from fellow photographers.

I recommend the Newmowa brand of batteries, which I have used and trusted for years. I have a pair of NP-FW50 Newmowa batteries that I have used for three years and they still work on par with the original Sony models. 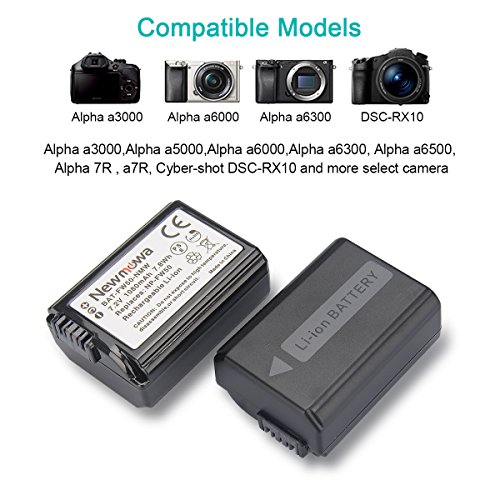 The Newmowa batteries are priced around $10.

The Sony a6000, a6300 and a6500 come with a single battery Sony charger, which certainly makes it difficult to charge multiple batteries at once.

Each battery takes over an hour to be fully charged. This means that I need at least four hours to charge three batteries. During my travels, when I return to my hotel after shooting a sunset, I do not have four hours to dedicate to charging batteries.

To make the process more efficient, I replaced the standard single battery Sony charger with the generic dual charger from Newmowa. 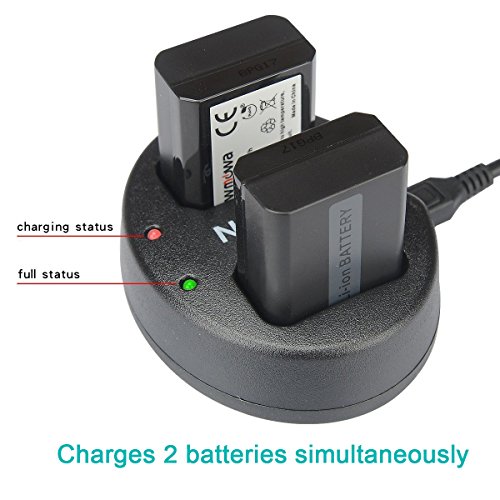 The charger allows you to use either a power outlet or a USB port to charge the batteries.

The Sony a6000, a6300 and a6500 models have one unique feature that helps photographers better deal with its poor battery life​ – USB charging.

When I first discovered the USB charging feature, I did not pay much attention to it and thought it was a useless gimmick. But, I was wrong—it has become a lifesaver!

During my driving trips when I drive from one location to another, I always have the option of charging my Sony a6000 by plugging it into any of my car’s four USB charging ports. Often, this simple routine allows me to use only one battery during the entire day. 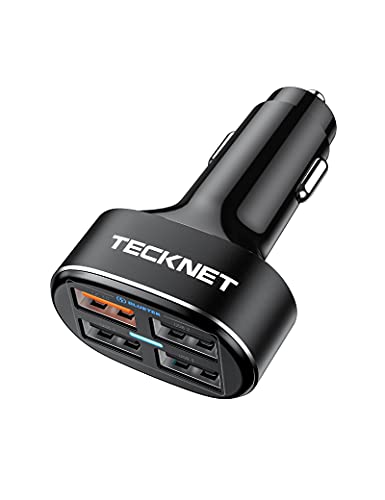 As you can guess, the USB car charging hack does not help during long hiking trips. You need to bring and use multiple batteries and, if necessary, even use a power bank to charge the camera directly using the USB port.

Charging the Sony a6000 at Night

Back at the hotel at the end of the day, the dual battery charger plus the USB camera charger allow me to charge three batteries at once. Priceless!

Since I have a wide range of electronic devices (phone, tablet, mirrorless camera, compact camera, power bank, etc.) that require USB charging, I use a USB adapter to charge up to six USB devices using only one power outlet.

Switching to mirrorless and dealing with the limited battery life requires some adjustment to our photography routines and workflows. It sometimes feels daunting and painful but, in my experience, all it takes is one photography trip before those small inconveniences become second nature and allow you to focus on other parts of your trip—like the next stunning image!

Learn more about photography and equipment

If you found this review informative and useful, you might want to check the rest of our article related to travel photography