Do you want to know the difference between a Canon STM vs USM lens?

If you’re trying to pick a lens, you may find yourself confronted by these two options–with no easy way to decide which is right for you.

That’s where this article comes in handy.

Because I’m going to tell you everything you need to know about both STM lenses and USM lenses. I’m going to explain why you might want to choose one over the other–and how these different lens types can affect your photography.

Before we get started, I’d like to note that STM and USM lenses are all about autofocus.

When choosing between Canon STM vs USM lenses, consider that USM lenses are bigger, more expensive with a more precise focusing system, and tailored to professional photographers. The STM lenses use an older focusing system; they are cheaper, smaller, and quieter, the best choice for amateurs and video shooters.

Canon introduced a high-performing autofocus system way back in the 1980s, called the EOS (Electro-Optical System).

This system placed the autofocus motor–the motor that is used to drive a lens focusing mechanism–in the lens itself.

This was in contrast to other manufacturers, such as Nikon, who were placing the autofocus motor in the camera.

These days, putting the AF motor in the lens is the standard, and pretty much every manufacturer makes lenses this way.

But Canon has created several types of AF motors since originally introducing the EOS system, leading to different lens AF options, including both the USM and STM designs.

Canon USM lenses use ultrasonic vibrations to power the autofocusing mechanism, and this comes with several clear advantages:

First, Canon USM lenses are fast. They’re designed to nail focus as quickly as possible, which means that USM lenses are perfect for action, wildlife, and bird photographers.

For this reason, USM lenses tend to be higher-priced than non-USM lenses, including STM lenses and the traditional DC lenses.

Second, Canon USM lenses allow you to focus manually in the most intuitive, mechanical way:

You turn the focus ring, and the focusing elements inside the lens follow suit. 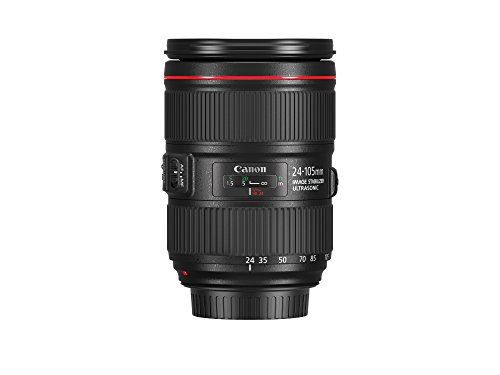 STM lenses, on the other hand, can come with some manual focusing lag–because there is no mechanical coupling to the focus ring.

Also, because USM lenses mechanically couple the focus ring to the focusing mechanism inside the lens, you can also manually focus the lens even when it’s off.

While the latter isn’t super useful for most applications, you might appreciate such a benefit if you’re shooting on low batteries; you can focus your lens in advance, then turn it on and capture a shot.

While USM lenses are insanely fast, they’re not quiet.

And this is a problem for videographers, because a loud focusing mechanism can be picked up by the mic and ruin the audio.

That’s why Canon introduced another type of autofocus motor:

The STM, or stepping motor, design.

Now, STM lenses offer a different type of focus motor–one tailored to the needs of videographers, though still adequate for still photographers.

STM lenses are much quieter than their USM counterparts, which makes them excellent for video.

The downside is that they don’t focus as quickly. STM lenses aren’t exactly sluggish–but they’re far from fast, and they can’t compete with USM lenses on speed.

USM lenses are fast, but they can be very jerky. The AF motor starts, it stops, it moves back and forth like lightning. 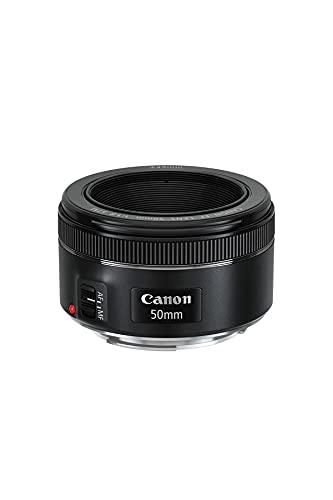 And this is terrible for videography, where you want to focus smoothly and with precision.

Of course, if you’re a still photographer, you won’t care how smooth the focus is. But if you’re a videographer, this can be the difference between beautiful, creamy shots and jerky, unpleasant footage.

As I’ve discussed above, USM lenses have several key advantages over STM lenses:

Advantages of USM Over STM

USM lenses also offer smoother manual focusing, given the mechanical connection between the focus ring and the focusing mechanism. This is important for photographers who frequently manual focus–such as macro and landscape shooters.

Advantages of STM Over USM

STM lenses are far smoother than USM lenses. This is key for videographers who need to keep footage as buttery smooth as possible.

STM lenses are also much quieter than USM lenses. While some USM lenses are louder than others, as a group they tend to be noisy–which is exactly what you don’t want if you’re recording audio.

Should I Get USM vs STM Lenses?

When it comes to choosing between USM and STM lenses, you’re going to want to think about several of the factors I’ve discussed above.

STM lenses, on the other hand, are somewhat slower. But they offer quiet, smooth focusing that’s perfect for videography.

That’s why I recommend USM lenses for any still photographers looking for the fastest AF experience possible.

And I recommend STM lenses for any videographers searching for the smoothest, quietest focusing experience.

Note that STM lenses tend to be a lot cheaper than USM lenses, which makes them a good budget option for photographers, even if you don’t plan on shooting video.

Both USM and STM lenses are excellent focusing mechanisms, and both can work well for still photography and videography.

However, USM lenses are clearly designed with still photographers in mind–while STM lenses are tailored to videographers’ needs.

So, if you’re a still photographer and you’re in need of fast focusing, go with USM.

And if you’re a videographer and you want the smoothest, quietest focusing possible, go with STM.