I recently put together and published an in-depth guide on how to select the right SD Memory Card for your camera.

I outlined four key points to make the right selection—the type of card, the speed of the card, its volume capacity, and its reliability.

I also revealed the memory cards I use in my photography:

The bulk of the guide is dedicated to the most confusing part of SD card selection—deciphering the cryptic markings on the card that represent the card types and speed.

My explanation for selecting the appropriate card size or volume capacity is simple—it has to be big enough to store thousands of photos. That is why I recommend a card with a volume capacity anywhere between 128GB and 256GB.

The article was well-received and earned positive feedback from the travel photography community. But, almost every photographer who shared his or her opinion followed up with typical questions like:

This is when I realized that the topic requires additional coverage.

The main mistake that photographers make when they try to estimate how many photos can fit on a memory card is when they use the number of megapixels on the camera sensor as a primary factor in their calculations. Although there is a direct correlation between the megapixel count and the size of photo it produces (the higher the megapixel count, the larger the photo), it is almost impossible to estimate the actual file size.

If you shoot in JPEG format, you can use multiple quality options—like extra fine, fine and standard—that produce different file sizes.

Plus, different camera settings and shooting conditions affect the size of the JPEG file. For example, high ISO photos often feature a large volume of digital noise, which results in much larger JPEG files. Photos with wide-open skies will have a much smaller file size than an image with the forest that is filled with detail.

This means that, depending on JPEG quality, different camera settings, and various shooting conditions, the file size can vary anywhere from 1MB to 20MB for the same camera model.

When shooting RAW, the situation becomes even more confusing. RAW files vary in bit depth from 12-bit to 14-bit. The higher the bit depth, the bigger the file size. It is possible to calculate the file size when you know the megapixel count and the bit depth, but only for uncompressed RAW files. However, many manufacturers use RAW compression which varies from lossless to lossy.

On top of everything, some camera manufacturers have their own smaller versions of RAW files such as sRAW and mRAW.

Like I said, it is very complicated and confusing.

So, how do we determine how many pictures can 32GB hold?

Let me show you the easiest way of finding the answer!

Let’s say that I shoot with my Sony a6000 and I want to estimate how many pictures I can store on a 32GB and a 64GB SD card before I decide which to buy.

I dive into my master library directory where I keep all of my unprocessed photos.

In the file browser (Explorer or Finder), I see that all my RAW photos are sized between 24MB and 25MB.

If I check the JPEG version of the images produced by the Sony a6000, I see that the size varies between 5MB and 13MB. I use an average value of 8MB for my calculation. This tells me that I can store 3,432 JPEG images on a 32GB SD card and 6,864 images on the 64GB version.

People often ask me why we need memory cards bigger than 32GB if we can store thousands of high resolution files.

I often shoot in RAW+JPEG so that I can grab the JPEG version with my phone or tablet for fast editing on the road. This increases the file size for every shot to 33MB (25MB+8MB).

Next, I almost always bracket my shots, taking at least three consecutive versions of each shot at different exposure values. This increases the file size for each shot to almost 100MB.

This means that I can only store 276 bracketed shots on a 32GB SD card. That is simply not enough room for my standard shooting style.

For the last two years, I mostly used SD memory cards with a capacity of 128GB but am now gradually upgrading them to the 256GB versions.

You can use my method in combination with the memory size calculator table below to estimate how many pictures a 32GB, 64GB,, 128GB or 256GB SD memory card can hold.

SD Memory Cards I Use and Recommend 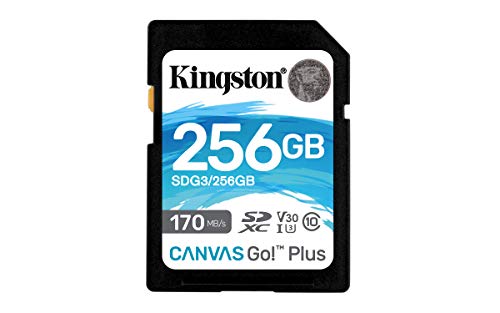 Let me give a few scenarios of how to use my Memory Card Calculating method.

When I was shooting with Canon, my latest camera 80D model had a 20MP sensor and produced CR2 RAW files at the size of 25MB and JPEG files on average 6MB.

Next, I switched to Sony a6000 and 24MP sensor produced the 24MB compressed ARW RAW files and 8MB JPEG images.

Now, I am shooting with Fujifilm Xt2. The file size for RAF RAW files is 48MB and JPEG is 7MB.

So, I made some calculations for popular camera models.

How many pictures can ​16gb hold?

How many ​photos can 32gb hold?

How many pictures can 64gb hold?

How many pictures can 128gb hold?

Articles Related to “How Many Pictures Can 32GB Hold? Memory Card Size Calculator for Photographers“