Are you struggling to understand the best tripod brands available today?

That’s what this article is all about.

Because I’m going to tell you everything you need to know about the top tripod manufacturers out there. And you’ll come away knowing the best brand for your needs.

Here’s the thing about tripods:

It’s tough to be a photographer (or even a videographer) without one. While there are a few genres out there that aren’t fully married to a tripod (for example, sports photography, bird photography, and street photography), you’ll be hard-pressed to find an area of photography that wouldn’t benefit from some tripod use.

So if you don’t have a tripod, then you’re missing out!

Now, when it comes to choosing a tripod, you’ll often be faced with a major decision:

Up until recently, this was a question of lightweight, stable, and expensive carbon fiber versus heavy, stable, and inexpensive aluminum.

But over the past few years, carbon fiber tripods have become more affordable, making carbon fiber the obvious choice. This is especially the case if you’re prone to taking your tripod on long treks or even just using it in areas beyond studio work.

The lighter your kit, the better, right?

Now, one more thing that you should know:

Really good tripods cost more than most photographers are ready to acknowledge.

I’m talking about rock-solid tripods under most conditions, even when you extend the legs to their full height.

These tripods often cost at least $300, but photographers are rarely prepared to pay so much for a sturdy tripod and purchase a cheap option instead.

This is a mistake.

Because for most photographers, a $100-$200 tripod, while marketed as sturdy-but-cheap, just won’t do the job. And over time, you’ll start to realize this, and you’ll realize that you should have just purchased a more expensive tripod all along.

So if you’re in the market for a tripod, I wholeheartedly recommend getting something that will truly satisfy you–and that you can see yourself loving way down the line. Because a tripod really can revolutionize your photography, but only if you let it!

We’ve listed the best tripod manufacturers below, ranked based on their relevance to today’s photography.

These tripod brands (especially the top-tier brands), offer tripods that will blow you away.

Just think of your tripod as an investment, like a good lens–but potentially more useful.

Look for a tripod, and Manfrotto will surely cross your radar, no matter your level of photography; the company is just that popular and just that good.

Manfrotto began in the 1960s as a light stand operation, founded by Lino Manfrotto, a working photographer who initially produced equipment in his garage. Then, in the 1970s, he released his first tripod, which was well received worldwide. Over the next several decades, Manfrotto expanded, eventually purchasing Gitzo, then Bogen.

And in the last few years, Manfrotto has even started to produce equipment for smartphone photographers.

In other words, Manfrotto offers a lot of breadth as a tripod brand. They produce tripods for hobbyists, professionals, and beginners, featuring the widest model selection in the world. 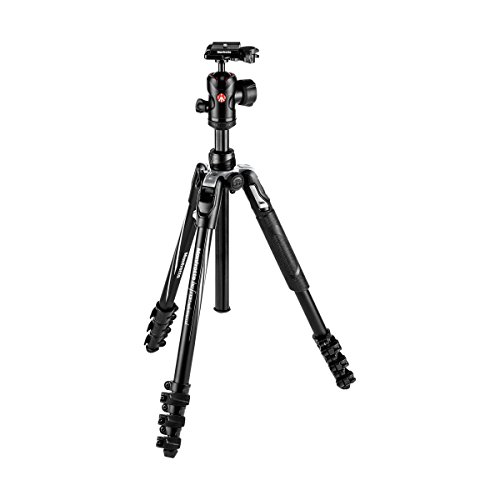 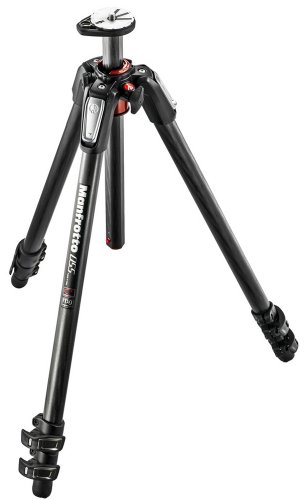 Say the name “Gitzo” to a professional photographer, and they’ll immediately think of rock-solid, rugged carbon fiber tripods that can handle pretty much anything.

While Gitzo and Manfrotto are perhaps the ‘big two’ among tripod companies, Gitzo has a much richer history: The company was founded over 40 years earlier, in 1917, then shut down during World War 2, then started up again after a few years. But it wasn’t until the 1950s that Gitzo started making tripods–and today, the company is known for its professional-quality tripod solutions.

In fact, while Gitzo is a true force within the tripod market, the company doesn’t make a lower-end tripod, concentrating exclusively on high-end legs and heads.

And as the maker of the first carbon fiber tripod, Gitzo is known for its focus on innovation. 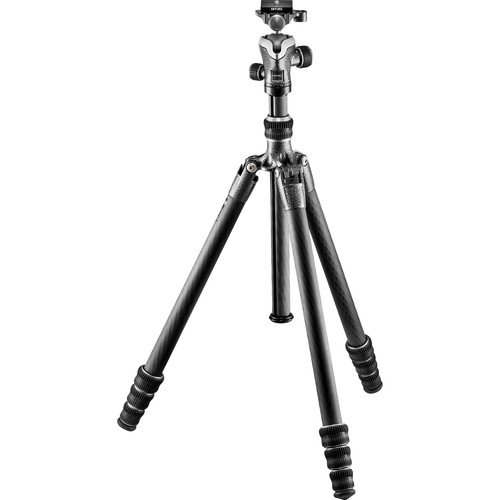 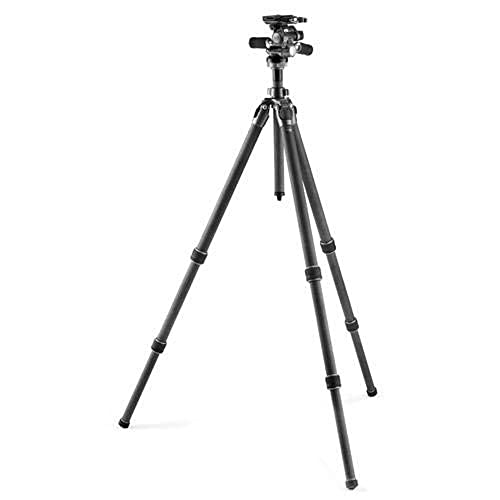 Really Right Stuff began as a small company in 1990 and has since seen massive growth. The company sells everything from quick-release plates to tripods to ballheads to gimbal heads and more.

Interestingly, Really Right Stuff only ships from one location: Lehi, Utah, USA. This is where all of Really Right Stuff’s products are designed and made, which gives the company a ‘family-owned business’ reputation.

Really Right Stuff may have started small, but it’s never been cheap. The tripod company is one of the highest-end brands out there, seen as the Mercedes of tripods.

But if you can afford the sky-high prices, you’ll receive supremely well-designed and well-built equipment.

If you’re looking for a high-quality tripod that can take a beating, but you’re not interested in forking over the cost of a Gitzo, then check out Induro’s options.

You’re guaranteed to be impressed. 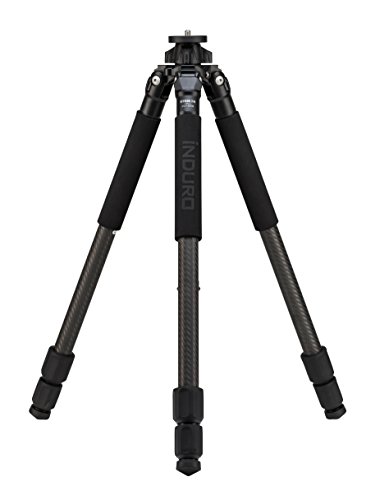 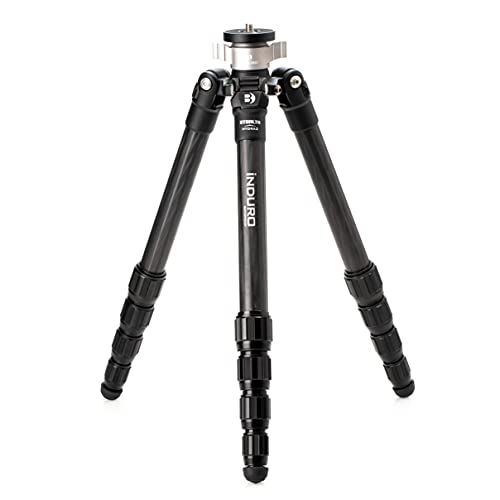 Feisol was founded in Taiwan back in 2002 as a producer of carbon fiber tubes; the company soon expanded its focus to tripods and tripod accessories and has become one of the leading mid-tier tripod brands today.

Feisol is known for its reasonable prices and carbon fiber designs. In fact, the company produces some of the most durable carbon fiber tripods on the market, as well as an excellent selection of tripod heads, release plates, and more.

For photographers looking for a sturdy tripod but hoping to keep prices low, Feisol is the first place to look. 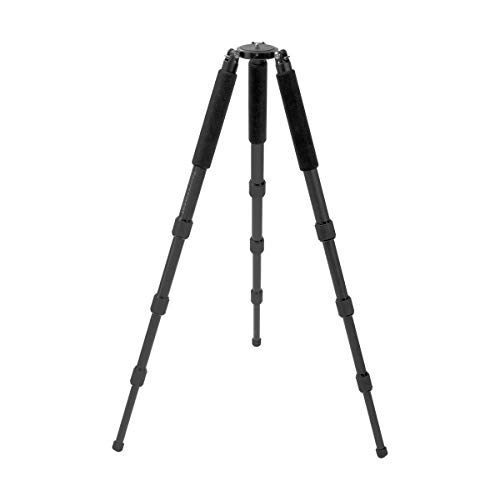 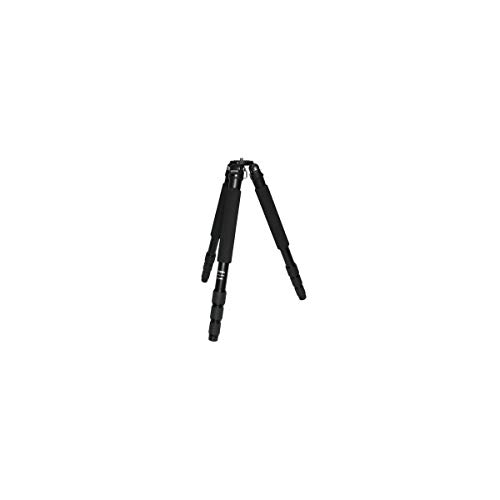 Oben makes tripods of all kinds, including monopods, tabletop tripods, and much more. And while Oben isn’t the most prestigious brand out there, it’s heavily practical.

The Oben brand stresses field use over clever designs and ensures that all of its products are field-ready through extensive testing in rigorous environments. This includes tripods ranging from lower-end aluminum tripods to higher-end carbon fiber options.

One of the best things about Oben tripods is the five-year warranty. Plus, Oben tripods come with a carrying case and a carefully assembled user manual. 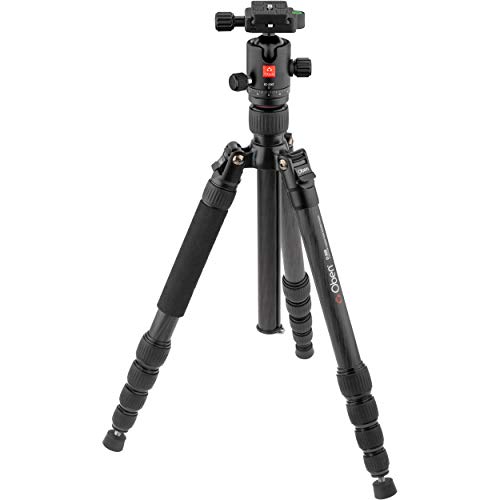 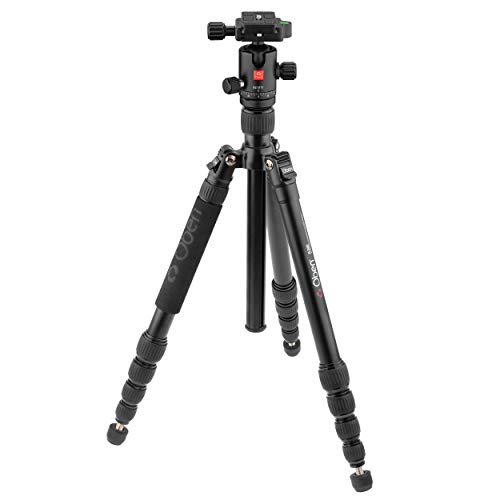 If you’re looking for a brand that knows how to distinguish itself, then 3 Legged Thing should be your top choice.

Hear the name, and you know that you’ll get something different. In fact, 3 Legged Thing was founded on a commitment to be different when Danny Lenihan (a professional photographer) decided to incorporate color into his tripod designs.

That was just the beginning, way back in 2010. Today, 3 Legged Thing is known by photographers worldwide as a budget-friendly brand that produces aesthetically pleasing, decent-quality tripods. No, 3 Legged Thing can’t compete with top-tier brands in terms of durability and stability, nor can it compete with massive brands like Manfrotto in terms of inventory breadth.

But 3 Legged Thing knows how to innovate, and they know how to be different while bringing out travel-ready tripods for enthusiast photographers. 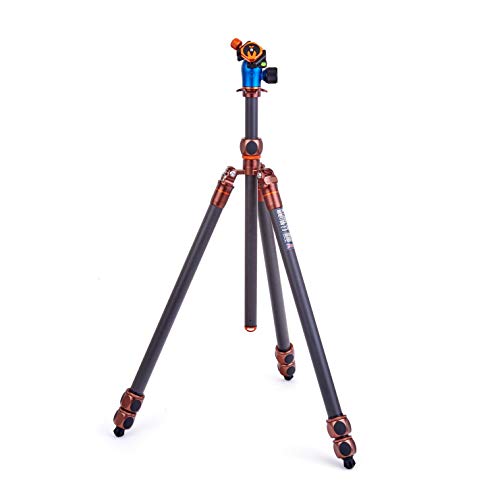 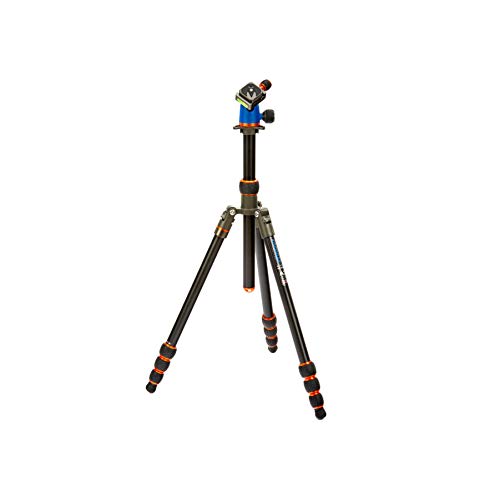 Sirui isn’t the most well-known tripod manufacturer out there, but the company has built up a serious following since its founding in 2001. These days, Sirui produces a huge range of products, including tripods, tripod heads, monopods, smartphone tripods, and more–plus, Sirui offers it all at an impressively low price.

Don’t let the price tags of the Sirui tripods fool you, however. Sirui’s tripod lineup includes travel, professional, outdoor, and tabletop offerings, including tripods that can take a serious beating and come out intact. 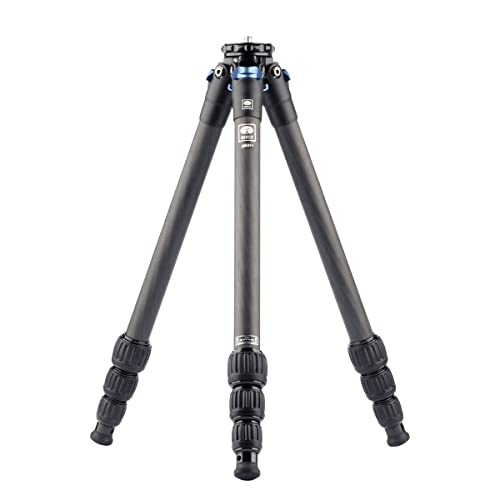 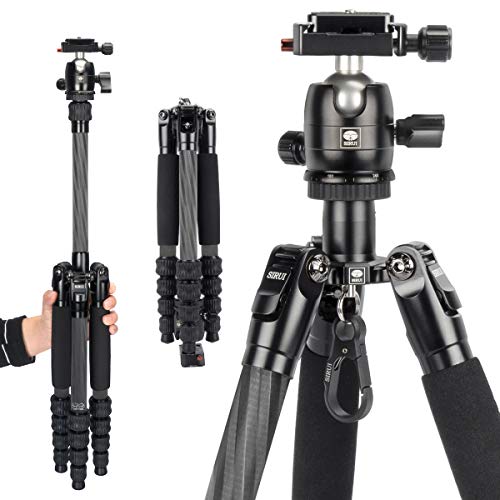 Vanguard was founded in 1986 and quickly grew to become a company known around the world for its tripods, but also for its camera bags, hunting optics, and more.

While Vanguard is headquartered in Myanmar, the company includes centers in the United Kingdom, Spain, and the US. Vanguard specializes in tripods offering uniquely flexible legs and center columns to get cameras into unusual positions–such as upside-down against the ground, extending out over a river, and more.

And note that Vanguard’s tripods, while not budget, do stay within a very reasonable price range. 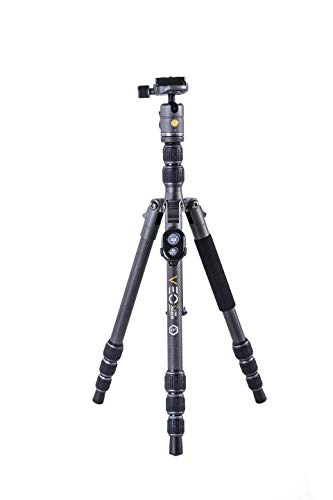 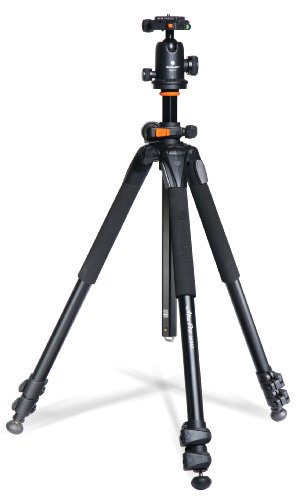 Slik Tripod was created back in 1948 by 23-year old photographer and engineer Takatoshi Shiraishi. It wasn’t until 1987, however, that Slik set up shop in America.

Slik began as a brand that manufactured budget tripods, but this has changed in recent years–Slik has produced a lineup that includes an impressive array of tripod legs, tripod heads, monopods, and more.

If you’re in the market for a relatively inexpensive but well-made tripod, Slik is a great option! 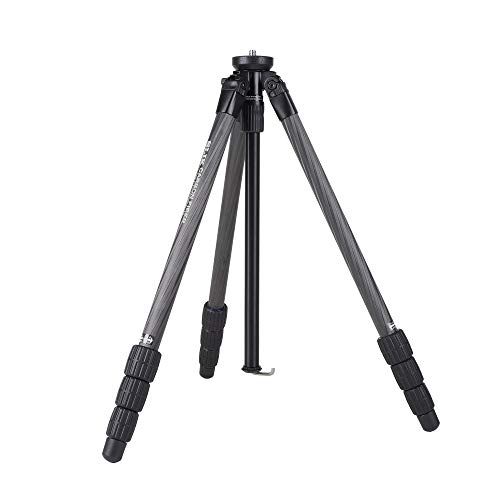 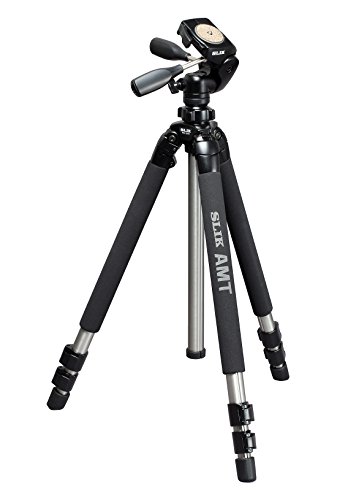 Take a look at Zomei’s prices, and you’ll probably dismiss the company out of hand; after all, how can a sub-$100 tripod be sturdy? But try a Zomei tripod, and you’ll be in for a pleasant surprise. Zomei manages to produce sturdy tripods at an incredible price, even offering impressively lightweight kits for photographers, videographers, and smartphone users.

So if you can’t afford a mid-tier or top-tier tripod brands, Zomei is a great manufacturer to check out. Not only are their tripods stable, but they’re also flashy, with cool blue accents and artistic designs. 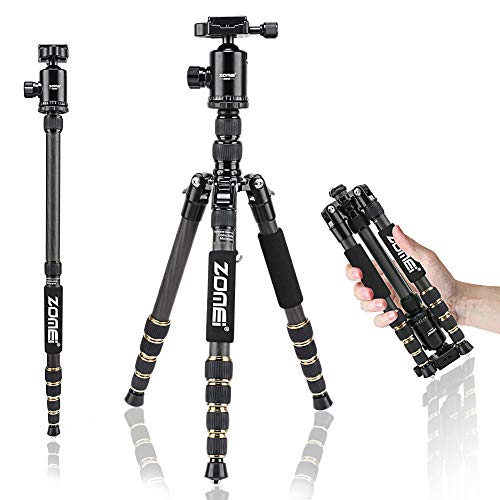 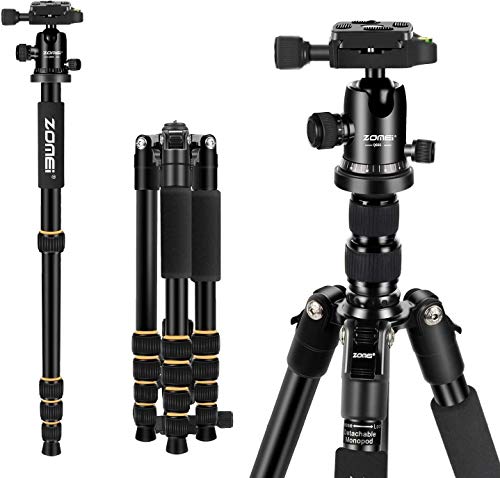 Neewer was founded in 2010 as a fresh, social-media focused company. If you’re looking for the cheapest tripod brands on the market, Neewer will undoubtedly come up; the company produces tripods for around $100, including some sub-$100 tabletop tripods and even some aluminum tripod kits for under $50.

At these prices, could Neewer’s tripods actually be sufficient for photography?

Well, it depends on the type of work you’re doing. Like Slik’s tripods, Neewer gear is surprisingly well-built. No, it won’t stand up to the rigors of professional use in the field for days on end, but it should do the job for anyone looking for a cheap in-studio tripod for photography (or even videography). 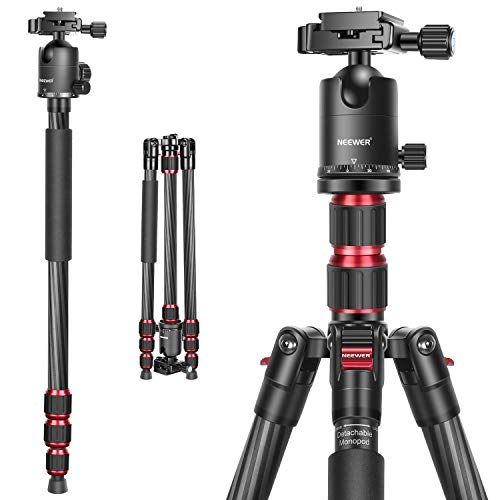 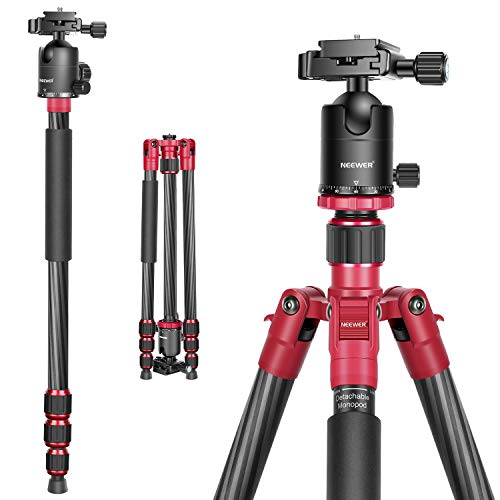 Now that you’ve finished the article, you should understand the importance of selecting a good tripod–and why you have many fantastic options to choose from.

Manufacturers like Manfrotto, Gitzo, and Really Right Stuff will give you some of the most well-made tripods in existence, tripods that can take a beating and come out unscathed, but they come with a price tag that most beginners, hobbyists, and even professionals can’t afford.

That’s where Induro, as well as Sirui, Benro, Oben, and Feisol (among others), come in–offering high-quality designs but at a much more reasonable price. While these tripods can’t necessarily go head to head with a full-blown Gitzo, they can handle most situations; plus, they often come in compact, lightweight forms that are great for travel.

Finally, the budget tripod brands are led by Zomei and Neewer. You’ll regularly find full tripod kits (head included) from both of these companies at $100 and below, but don’t let the low price fool you; both brands know how to pack a serious punch.

Lens Finder: How to Choose a Camera Lens