Are you struggling over choosing between the Fuji XT2 vs XT3? I’ve thought a lot about this and I think I can help you out with deciding between the two.

The XT2 was one of the best mirrorless cameras on the market on release in 2016 and when it paired with Fujifilm lenses, it is still a great piece of technology. However, it was notably behind Sony in terms of autofocus performance and behind Panasonic in videography.

That’s why Fujifilm decided they’d pull out all the stops when they released the XT3. This APS-C monster of a camera offers blazing fast focusing performance and some of the best video specs on the market right now.

But does that mean it’s time to upgrade from the XT2? 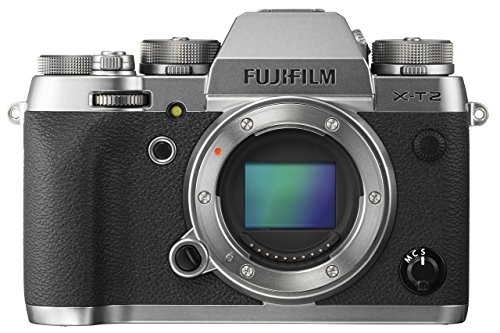 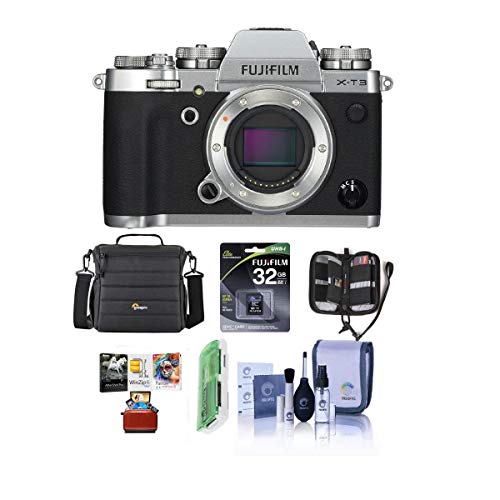 Both cameras use Fujifilm’s well-established design of manual controls for exposure, custom function buttons, and magnesium-imbued, weather-sealed bodies. Some users report the XT3’s dials are too loose compared to the XT2’s, but that’s a matter of personal taste.

Size-wise, they’re quite close. The XT2 weighs in at 507 g. and the XT3 at 539 g. But Fujifilm’s engineers have managed to pack a lot of new tricks into that 32 extra grams! The XT3 does feature a touch-sensitive LCD panel and an electronic viewfinder with more resolution as well. But both of these are more incremental upgrades; not exactly ground-breaking.

26.1 Megapixels is an 8% increase in resolution. And considering most of us are already spoiled for megapixels, it’s not worth an upgrade in of itself. 24 MP is the standard for a very good reason: it gives photographers room to crop without impacting low light performance and dynamic range.

While sensor size matters a lot in terms of dynamic range and light gathering, pixel size also impacts this. There’s a lot of technical wizardry nowadays that helps make this less important. But it stands that 24 megapixels is enough for everything save the largest landscape prints. The XT3’s backside illuminated (BSI) sensor does have some slight advantages we’ll explore below. But it doesn’t offer significant boosts in dynamic range and light sensitivity over the XT2.

As I said before, the image quality is more or less identical. But not 100% the same. Like each X-Trans generation, the XT3 uses a brand new sensor. By using a back-side illuminated (BSI) sensor, the XT3 has increased performance at higher ISOs compared to the XT2. BSI sensors switch the order of the photodiode substrate (light sensitive region) and metal wiring so the wires don’t impede incoming light.

However, we’re talking pixel-peeping improvements from ISO 6400-12,800. Thus far, we haven’t seen the ½ to full stop improvements other BSI sensors like Sony’s A7 line show over equivalent sized, non-BSI sensors. The XT3 feels more like a proof of concept, for now.

The XT2 is also no slouch in terms of low light performance and the film-looking noise Fujifilm sensors tend to show is more pleasing to the eye regardless of the model. When it comes to the XT2 vs XT3, the 3rd gen body will give you a marginal edge in the dark. But only if you’re shooting regularly at ISO 6400 or above. And if you are, you really should be shooting full-frame anyway.

Being able to pull down to ISO 80 with the XT3 is a nice trick for portrait photography, though! With ultrafast Fuji lenses like the 56mm f/1.2 or upcoming 50mm f/1.0, shooting wide open in the day can be a real challenge due to overexposure!

Here’s an area where the XT3 vs XT2 debate is clearly in favor of the new model. When you look at the base specifications of each model, you’ll see that the XT2 has 325 hybrid phase/contrast detection pixels, with phase detection clustered in the center of the frame.

The XT3 not only has 425 hybrid points across the sensor but relies on 2.16 million individual phase detection zones vs the 500,000 of the XT2. These are grouped into the 425 selectable sites and also cover 99% of the sensor width. This gives the XT3 far superior focus acquisition and tracking abilities compared to the XT2.

The innately faster focusing system is also backed by the new X-Processor 4 quad-core processing system that’s three times faster than the XT2’s! This is the camera you want if subject acquisition and tracking are something you use regularly. These improvements also include focusing down to -3EV, which is essentially candlelight. Rumor has it the XPro3’s -6EV (near darkness) focusing capacity will also be given to the XT3 via firmware update soon! That’s a reasonable expectation given the XPro3 uses the same sensor as the XT3.

Lastly, Legacy lenses like the 24mm f/1.4 and 35mm f/1.4 are well known for their slow subject acquisition. The focusing protocols of the XT3 greatly reduce the noisy hunting and pecking they’re known for.

You get a standard 30 min recording limit with the XT3, shortened to 20 min recording at 60 fps because the camera tends to run especially hot. Fans of flexible color grading will also be pleased by the 10-bit 4:2:0 internal and 10-bit 4:2:2 external HDMI recording options.

The second to newest Film Simulation, Eterna, is also not available on the XT2. Eterna was created with the videographer in mind. It offers a flattened color profile for an instant cinematic look without editing or messing with Log footage. The XT3 will also probably get Classic Negative, the newest Film Simulation, in a future firmware upgrade.

XT2 vs XT3: is it worth upgrading? Well, it’s true that the XT3 is the best APS-C camera on the market right now. If you absolutely need the most resolution and the best videography specs and autofocus accuracy, this is the camera for you.

But the XT2 is still a professional tool that’s even more attractive today. The price is about 60% of the new XT3.

If you’re more into travel and landscape photography like I am, you have little to gain buying the XT3. When the XT3 was announced I was hoping for a bigger battery, better dynamic range, and better low light performance. And the XT3 does have these. But very incrementally.

I am sticking with my XT2 for now and hoping the future XT4 will be tailored more to the needs of landscape and travel photographers.

When I switched from Sony to Fujifilm 2 years ago I purchased the Fujifilm XT2. But, if I were switching today I would definitely get XT3 to make sure my new camera is future-proof for years to come.