It has been almost a year since I purchased the WD My Passport Wireless 1 TB hard drive. Now, I am ready to review it and reveal how it has impacted my photography.

It is rare when a piece of equipment that is not directly related to photography actually affects it on such a profound level. l 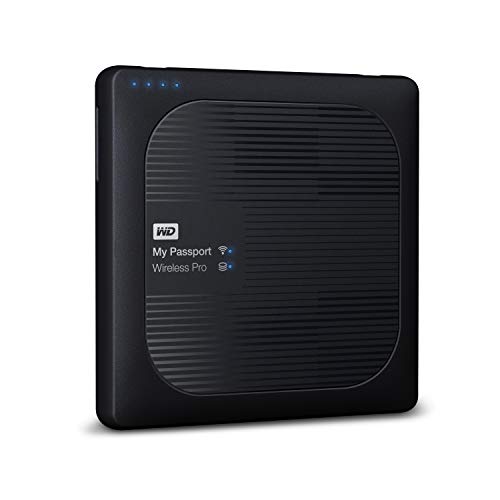 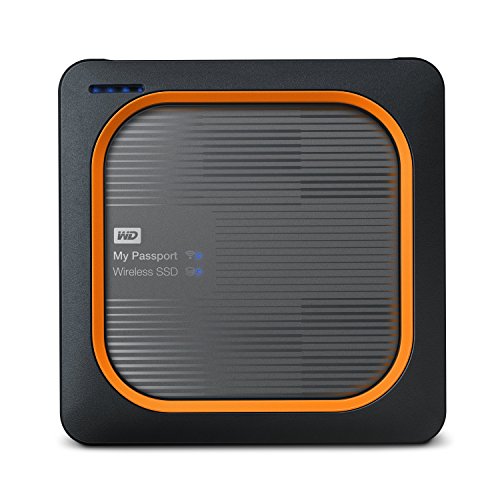 I spent the last couple of years trying to simplify and streamline my photography workflow starting with my equipment and photo techniques to the finals steps of editing and publishing.

The goal was to eliminate any unnecessary and replaceable pieces of my workflow.

It all started with my equipment when I stopped using graduated filters and replaced them with the digital version in Lightroom. I stopped using a cable release in favor of the 2 sec delay functionality on my cameras.

The next big step in my simplification process was making the switch from a DSLR to a mirrorless. As a result, my equipment became much smaller and lighter.

I also simplified my editing workflow by developing a new editing approach called Lightroom Rapid Editing, which saved me an enormous amount of time on processing.

Since I shoot quite a lot and only in RAW format, each day of the trip requires backup routine to transfer a large number of files to multiple devices. This always requires a laptop or at least a netbook.

When Western Digital released the WD My Passport Wireless with an SD card slot, it immediately sparked my curiosity.

After I realized that it could autonomously transfer the contents of the SD card without the need of another device, I bought it right away.

I later discovered the WD hard drive has even more features and important functions:

When I familiarized myself with the features, I was confident that I would use all of them.

After taking the WD My Passport Wireless on five major photography trips, I can say that it has exceeded all my expectations. But, at the same time, I do not use it the way I first intended.

First of all, the WD My Passport Wireless not only eliminated the need for a laptop even on extended trips, it also made my travel routine safer.

My normal travel routine was to wait until the end of the day when I was back in the hotel room to back up the contents of my SD cards using a laptop. I always worried about the possibility of losing hundreds of precious photos if my SD card failed before the backup was completed.

Now, not only I do not need a laptop to back up my photos, but I can do it on multiple occasions throughout the day.

During my Southwest trip, for example, I had about 400 new RAW images on my SD card after spending the entire morning hiking down the Canyon de Chelly. I was ready to drive to the Valley of the Gods for sunset so, while driving, I inserted the SD card into the WD My Passport Wireless and all my photos from Canyon De Chelly were safely backed up to the hard drive.

After I finished the day in the Valley of the Gods, I made a second backup on my way to the hotel. By the time I was in my hotel room, all my new photos were safely backed up on two devices.

After I finished the day in the Valley of the Gods, I made a second backup on my way to the hotel. By the time I was in my hotel room, all my new photos were safely backed up on two devices.

At the same time, I do not use the WD My Passport Wireless to preview and edit my photos while I am on the road. I take a lot of photos and because most of them are either bracketed shots or multi-shot sequences, going through all of them with a mobile device takes too much time. I find it much easier to take an extra shot with my phone and do quick edits in Snapseed.

Also, I have found that streaming movies or music from the device is not very useful to me. I have only used it once or twice while initially testing the device.

To summarize my use of the WD My Passport Wireless:

That’s all. It is plain and simple.

At this point, I do not use the wireless capabilities of the drive at all. I do not even have the WD My Cloud installed on my phone or tablet because I do not currently have a need for it.

After incorporating the WD My Passport Wireless into my travel routine, I now have three variations of my travel photography workflow:

Scenario 1 – Short Trips Without a Laptop

I bring only one WD My Passport Wireless and plenty of SD cards. I often backup the photos to the drive during the day while ensuring I always keep the original photos on the SD cards.

Scenario 2 – Longer Trips Without a Laptop

Scenario 3 – Longer Trips with a Laptop

For these types of trips, I only need a single WD My Passport Wireless drive plus an external portable USB drive. I follow my usual backup routine during the day by performing multiple, incremental backups. At the end of the day, I import all the new photos into my Lightroom Travel Catalog and store all the photos on a second external hard drive.

Even though the Pro version looks completely different it did not change the way I use it.

Although the original WD My Passport Wireless was groundbreaking for my photography, it had a number of shortcomings that are typical and expected from a new product.

My primary complaint was the speed of the drive or, to be more accurate, the lack of it.

First, after pressing the Power button, it takes forever for the drive to boot before it becomes fully functional. Second, the process of automatically transferring photos from an SD card to the drive is painfully slow.

At the same time, I have to admit that the drive’s slow speed did not affect my photography because I am rarely pressed with time during my travels. I treated the drive’s lack of speed as an annoyance rather than a design flaw.

I expected WD to address the issue in the second iteration.

I was happy in 2016 when WD purchased SanDisk to address the lack of solid state memory technologies. I was certain that the second iteration of the WD My Passport Wireless would have a solid state drive (SSD) replacing the spinning hard drive, which makes it more compact and more reliable with a longer battery life. I was ready to pay extra for such a drive.

But, WD took a very unexpected direction with the second edition of the WD My Passport Wireless by adding PRO to the name of the drive. What does that mean?

First, let me say that WD addressed most of the shortcomings of the original edition. The speed drastically improved with the Pro.

The startup time is much faster. After replacing a USB 2.0 SD card reader with a USB 3.0 version, the file transfer speed increased by a factor of nearly 3. It is definitely faster.

After upgrading the battery capacity from 3400 mAh to 6400 mAh, the battery life doubled. Now, you can even use the drive as a battery bank to charge various mobile devices using a USB cable.

At the same time, the new Pro edition comes with unexpected and puzzling features.

It still has a spinning hard drive, which was not replaced with a solid state drive (SSD, nor was there an SSD option.

But, what was most surprising is that WD increased the weight and size of the drive. It is now almost twice its size and heavier. This is something I did not expect—I was hoping for size and weight reduction!

After I went through the drive specifications and saw that WD added support for a Plex Media Streaming Server, I realized that the second edition of the drive was not designed with travelers and photographers in mind.

Do not get me wrong, the WD My Passport Wireless Pro is still the central piece of my travel photography and I use it on a daily basis during my travels. I recognize that, for driving trips, the size of the drive is not critical but it does increase the weight and size of my photography bag. It’s bigger size only becomes an issue for longer hiking trips.

Now, I’m waiting for the third edition of the drive with the hopes it will have an SSD option.

3 thoughts on “REVIEW: WD My Passport Wireless for Travel Photographers”